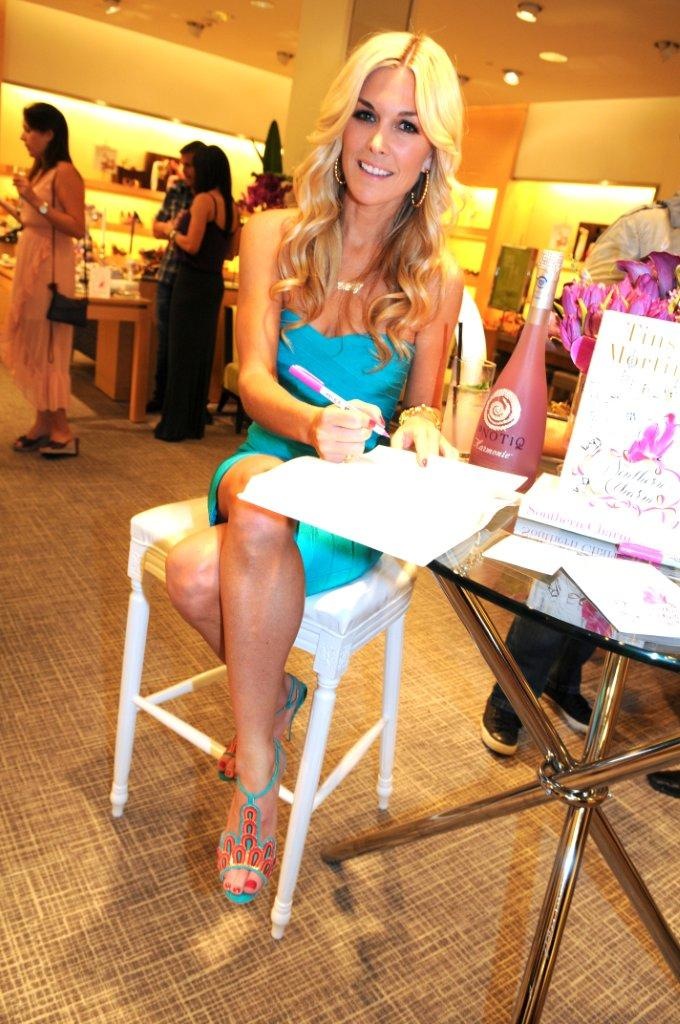 Best known for her socialite status, (and impeccable style!) New Yorker Tinsley Mortimer can now add author to her resume. The petite blonde appeared at Neiman Marcus Coral Gables last week to sign copies of her first novel, “Southern Charm.” The meet and greet was just one of 12 stops on her book tour sponsored by HPNOTIQ Harmonie cocktails, Mortimer’s drink of choice.

I must admit I didn’t know much about Tinsley before meeting her, but what I did know was pretty major: Miss Mortimer got to play herself in an episode of my favorite show, Gossip Girl. I’d say she’s a pretty big deal on the Upper East Side. But don’t think for one second that this big city girl is your typical big city B… she’s just a sweet southern import! You see, Mortimer wasn’t always a city girl. Originally from Virginia, her small-town roots were the inspiration for “Southern Charm.”


The new author arrived looking picture perfect in an aqua Herve Leger bandage dress, Brian Atwood heels, and pretty gold accessories. Her nameplate necklace with the word “Minty” caught my eye, which she explained was the main character from her book. That led us into a conversation about Sex & The City, Carrie Bradshaw, and reminiscing about the signature nameplate earrings she, too, once owned. Any girl willing to cop to a SATC fashion faux-pas is A-okay in my book! After some girl talk and photo ops, I got down to the nitty gritty with the super sweet It Girl. Here’s our interview-

Kelly Saks– You have beautiful skin, what’s your skincare regimen?

Tinsley Mortimer– I was going to say you have beautiful skin! (Thank you!!) I use Noxzema face wipes and a very light lotion that I’m forgetting the name of. I try not to use the heavy stuff. I really don’t have a regimen, I should be better about it to be honest.

KS– What’s one beauty product that you can’t live without?

TM– Klorane Dry Shampoo! It’s changed my life because I’ll be using it tonight to save this (hair ‘do) for my event tomorrow. My hair is naturally straight so when I get it curled it takes a long time; so it’s nice to be able to throw the dry shampoo in there and make it really last for the next day.

KS– What’s one style tip that you think every woman should know?

TM– I don’t follow trends, I really wear what makes me feel like me. I think that if you dont feel like yourself you’re not going to have a fun night going out and you’re not going to feel confident about yourself. A confident woman is the most sexy woman ever. You just have a good time when you’re confident. Don’t wear something because you think it’s trendy, wear what you feel comfortable in and what makes you feel like you. For me that’s usually a pink, poofy, party dress that makes me feel the most like me, and that’s when I’m the happiest.

KS– What was it like to appear on Gossip Girl?

TM– It was amazing. To be able to play yourself is actually kind of hard, because you can’t act! But it was so flattering, and to be written into the script as yourself is just amazing.

KS– Are you a fan of the show?

TM– I am a fan of the show, of the fashion for sure. It is so amazing. I wish you could really wear those outfits in real life.

TM– It’s definitely inspired a lot by my life. It’s a fictional story, but being a southern girl and moving to New York City I was a complete fish out of water. I found myself immersed in this amazing, glamorous world of New York, and it’s very insider-y. Writing the book I realized I would not be the girl I am today in New York had I not been from the south, had I not had a crazy southern mother, worn color, curled my hair, and worn a lot of makeup; all those southern traits that made me who I am today. 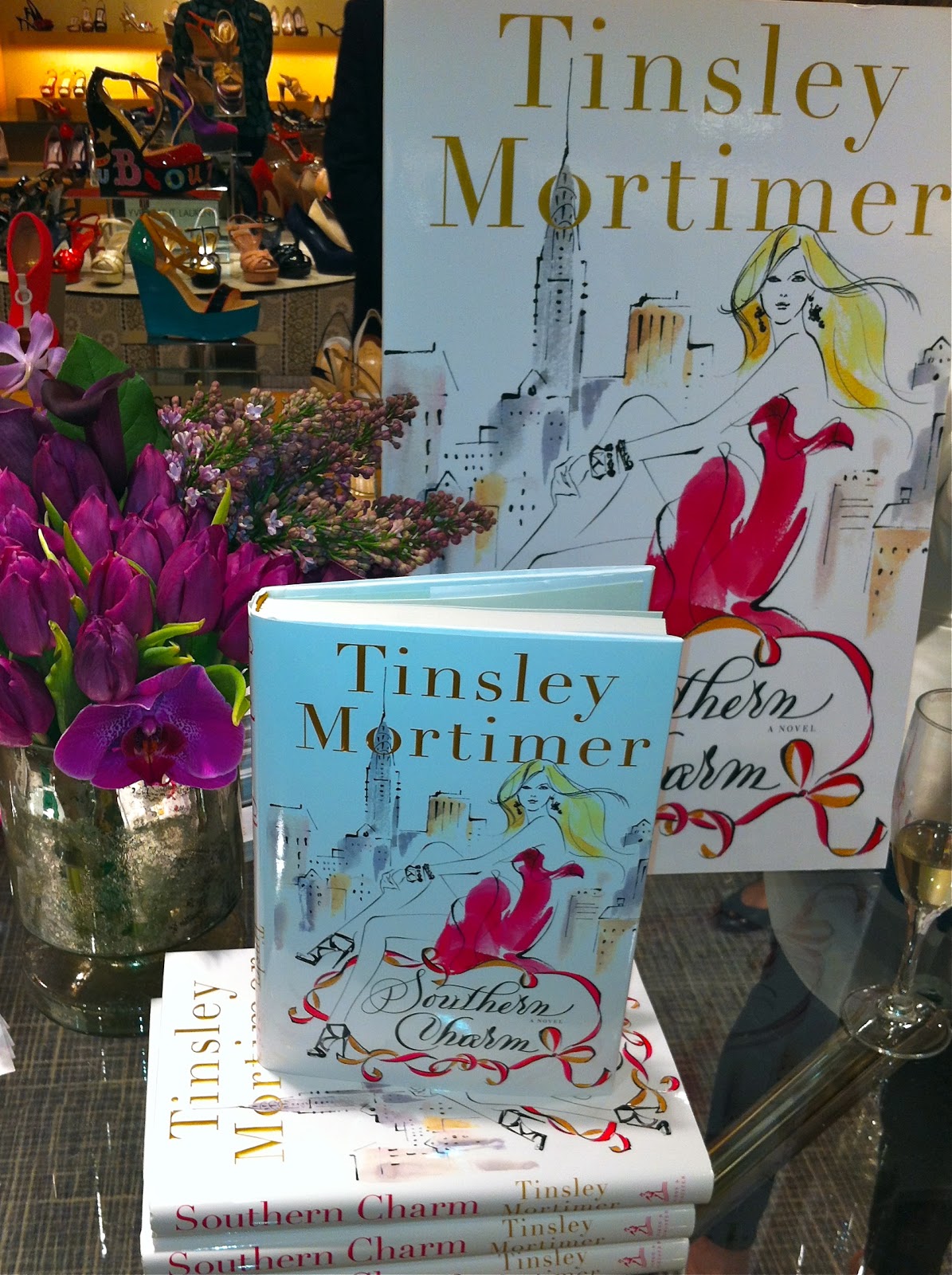